Questions to Ask When Assessing a House

In the past, we’ve discussed some of the things you can do to find a good fit while looking for a new home. Specifically, in the piece ‘House Shopping Tips That Will Help You Find the Best House for You' we talked about the idea of compiling a list of “must-haves” for your new home — separating “needs” from “wants” to make sure you find a place that meets your most important requirements. Ultimately though, this is only part of the process of choosing the right home. Another part is to ask the right questions once you find a place that meets your needs.

Some of those questions will differ depending on where you’re looking, what the neighborhood is like, etc. But here we’ve put together a list of some key, general questions inspired by real estate markets around the world.

Have There Been Significant Renovations?

Knowing about any significant renovations that have taken place might help you to better understand the list price of a home. It may also lead you to appreciate a given feature of the house more.

As an example, consider something like a Canadian home that has been updated with modern features and even floor plans as a means of maximizing heating. With cool temperatures persisting for much of the year in most of Canada, a lot of energy tends to go into heating homes. Indeed, CBC’s guidelines for protecting your home in Canada when leaving for a holiday make this clear, with a focus on things like turning down the heat (which is ordinarily cranked up high), making sure windows and doors are sealed, etc.

Given the high level of concern about keeping homes warm while conserving energy, a lot of modern homes have been renovated or updated in a variety of ways. These might include new, open floor plans designed to maximize heating effects; new, efficient fireplaces and chimneys being built into place; and smart heating systems being installed. Ultimately this is one example from the Canadian market, but it shows how a given area’s conditions, rather than just an individual homeowner’s whims, can lead to widespread renovations and upgrades. It’s always worth checking on what, if anything, has been done to your potential home in order to keep it comfortable and efficient.

What is Included with the Home?

Generally it’s best to assume you’re getting the physical home and its lot and nothing more from your purchase. Sometimes though, it’s worth checking on more. Consider the UK market, for instance, where it’s sometimes recommended to check on outdoor furnishings or features. To this point, an article about the questions to ask when viewing a house by HomeServe included the question, “What’s included in the sale?” with a specific focus on garden sheds. That article theorized that most sellers likely wouldn’t be taking sheds with them — but noted that it’s still a good idea to ask.

The garden shed example is particularly relevant to British home buyers. These are simply more common features in the UK market, to the point that Vice wrote about an “obsession with sheds” among the British several years back; it semi-jokingly noted that it seemed as if “every middle-class home had a shed,” which speaks to why this specific consideration might come up in UK real estate dealings. Nevertheless, the example is one to take to heart generally. Whether it’s a garden shed, an outdoor clubhouse for kids, a particularly large or permanent-seeming piece of furniture, or anything else similar, there may be something worth asking about in this way. You’ll gain a better idea of what all you’re paying for, and you may avoid the disappointment of seeing the current owners pack up something you thought was going to be yours.

How Old Are Major Features & Appliances?

In some cases, you’ll have a feel for how old various aspects of a home are simply based on how old the home or neighborhood is. A home that’s only been in place for five years, for instance, is unlikely to have important features or major appliances that are already degrading or will soon be in need of repair. That said, it’s a good plan to have a sort of checklist of things to ask about in this regard.

Where appliances are concerned, you may want to ask how old a refrigerator is, or when water tanks or other heating units were last replaced. You’ll similarly want to request any existing warranty information about these kinds of applications. Meanwhile, it’s also a good idea to ask about certain outdoor features. For example, you’ll likely want to know when the roofing was last replaced or repaired, or if there have been any problematic leaks over the years. You should also check on whether or not the gutters have been cleaned, or if any other drainage issues have come up. Answers to these questions won’t necessarily change the value of the home, but at the very least they’ll give you an idea of how much upkeep will be required in the early going.

How Long Has the Home Been on the Market?

Finally, it’s also vital to inquire as to how long the home has been for sale. And here again we have a specific regional example that speaks to why this question can be necessary. In this case, we’re talking about Singapore, which despite seeming like a trendy, up-and-coming area has seen a relatively weak housing market in recent years. In fact, Business Insider ranked Singapore among the markets in which housing prices had dropped most just a few years ago; home prices had fallen at that time for 15 consecutive quarters, indicating that homes were lingering on the market without selling.

In Singapore specifically, that market has recently ticked up. The Straits Times remarked on a 57.3% jump in home sales just this past February. However, the example illustrates a surprisingly common issue: homes that would seem to be hot commodities in growing, trendy markets that nevertheless take a while to sell. In any market, in Singapore or elsewhere, you might encounter a similar case in the form of an appealing, valuable home that has actually been on the market for a long time. Becoming aware of this can lead you to some other questions about why a home might not be selling — and it may even help you to negotiate a lower price.

Finding a property that appeals to you and meets your needs is still the most important part of the home buying process. Once you’ve accomplished that much though, questions like these will help you to clarify what you’re paying for and what kind of shape the home is really in. 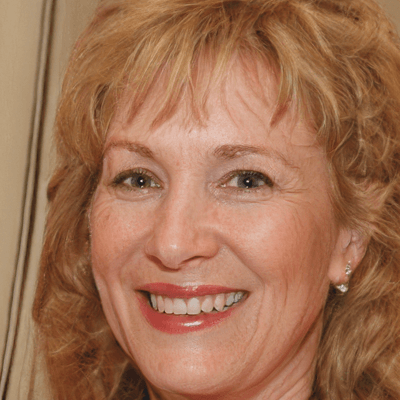 Getting A Home Inspection
Learn why you need a home inspection, the specific types of inspection, and what you should make sure to inspect for. Discover what you can expect from a home inspector at the end of the process, and how to choose the right home inspector for your needs.
House Sale Closing Process
Get a better idea of what you can expect when closing on a house and get a better understanding of the process overall. Learn what you need to be prepared for, how long you can expect the process to take, and what you should bring with you on closing day.
House Shopping Tips
When you first make the decision to start shopping for a home, it can be a bit difficult to know exactly what it is you should be looking for. Check out the following tips for house shopping, and find the best house that suits your needs and budget.
HomeHome Buying GuidesBlogAboutContributorsWrite With UsTOSPriVacy
featured ON

© FifthandHazel all rights reserved. All trademarks and copyrights are the sole property of their respective owners. FithandHazel is not authorized, associated, or endorsed by any of the brands and companies advertised on this website.

The information published on this website is not to be taken as expert advice, and should not be construed to be anything other than for entertainment purposes.